Thinking about going back to school at 30?

Check out the reasons why these Penn State World Campus students and alums returned to school to get their degrees online.
By Mike Dawson and Meredith Herndon

Whether your goal is career advancement or a career change, personal fulfillment or a change in your life circumstances, going back to school at 30 or beyond can seem daunting.

In your 30s, you likely have taken on more responsibilities since you were in high school or college, which can make it seem as though you have little or no time to spare.

You may be balancing the demands of a busy full-time job or a young family with a child or children, or you may be a pet parent or caring for your own parents. You might even find yourself planning for a new phase of life, such as a new career, starting a family, leaving the military, or more.

The good news is that returning to school at this age is totally possible, and many people have done this before.

Here are personal stories of Penn State World Campus students and alums who made the decision to go back to school in their 30s and are realizing their goals.

Many thirty-somethings who have a bachelor’s degree may feel they need a master’s degree to take the next step in their careers, which could mean moving into management, taking on more responsibilities, or commanding a higher salary.

When Marcus Rauhut decided to go to grad school, he was in his mid-30s and working in digital marketing with a nonprofit health system in central Pennsylvania.

“I just started looking at my career and asking myself what is next,” Rauhut said. “In order to get to what is next, I needed a master’s degree.” 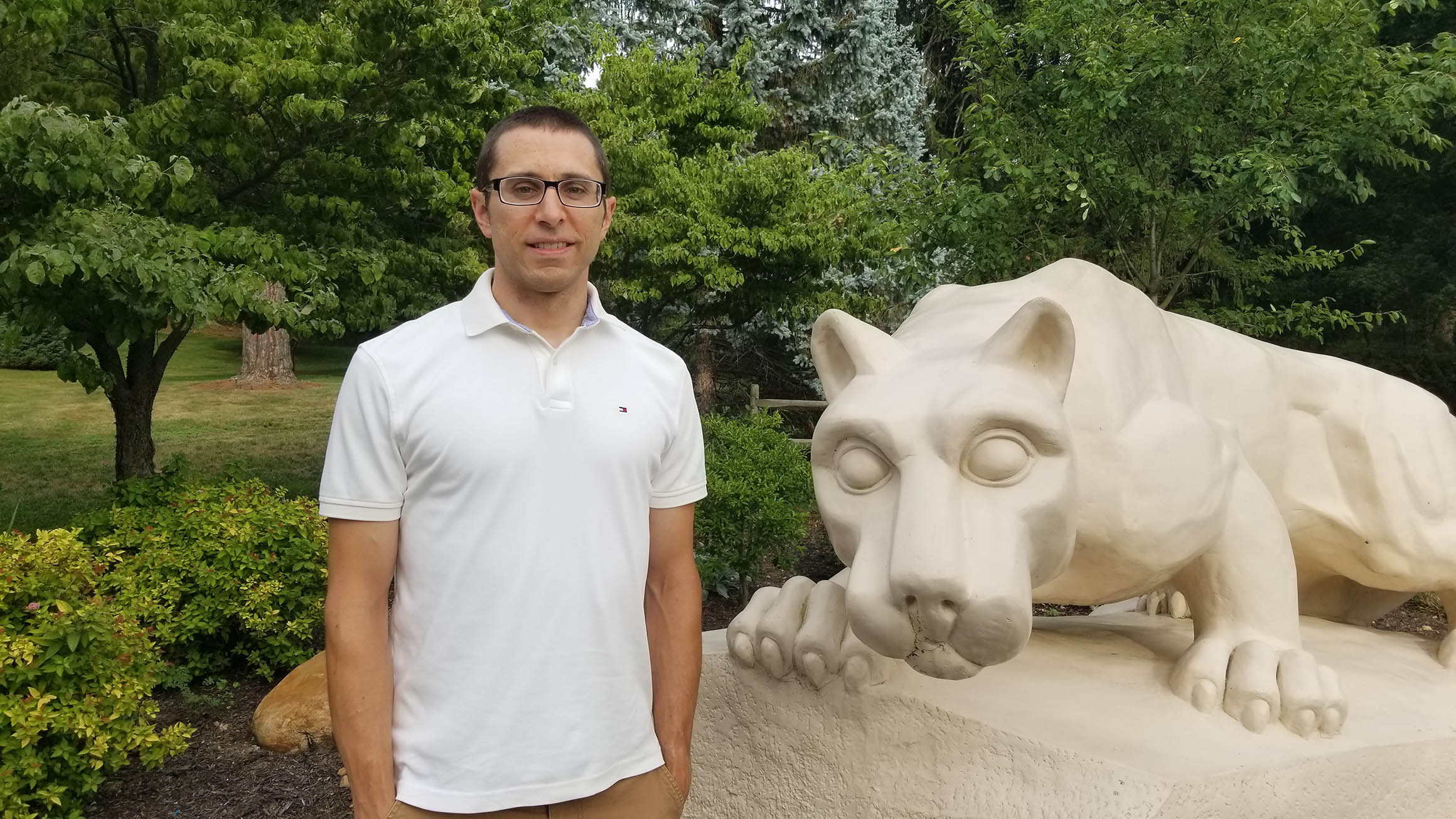 Marcus Rauhut works for a central Pennsylvania health system and is one of the first graduates of the Master of Professional Studies in Strategic Communications program at Penn State.
Marcus Rauhut

He researched his options, and in 2018, he enrolled in the Master of Professional Studies in Strategic Communications, which is offered online through Penn State World Campus and the Penn State Donald P. Bellisario College of Communications. He completed the program while balancing his job with his young family, and he said he did much of his course work after his daughters went to bed.

When Rauhut graduated in the summer of 2020, he said his immediate goal was to continue growing in his role.

“This degree has given me more confidence, and it’s allowed me to take on greater responsibility and feel more comfortable leading projects in this organization,” Rauhut said.

For many, a college degree can open new doors that previously were closed.

The disappointment from missing out on a job motivated Adalice Burgos to return to school to get a degree.

Burgos worked in a salon for eight years before getting a certificate that enabled her to enter the IT field. She eventually found work in IT for a hospital and was excited to contend for a job that came with better working hours. 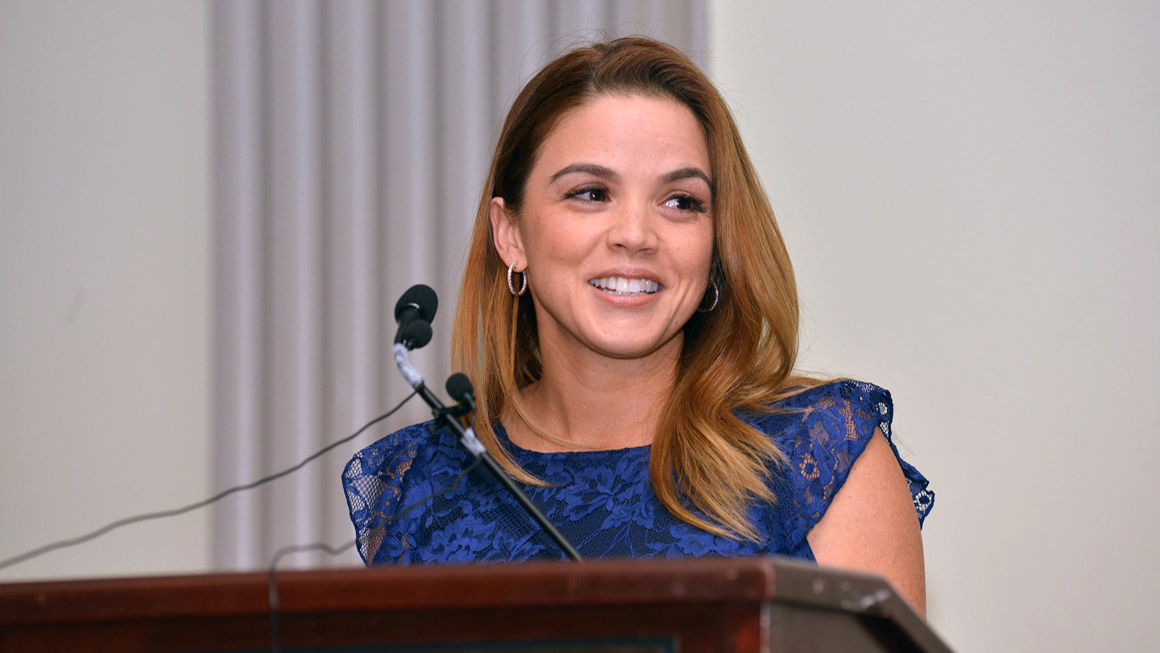 Burgos began taking courses toward an Associate in Science in Information Sciences and Technology and graduated in 2019.
Penn State World Campus

Burgos said she put everything she had into that interview, but the hiring manager said she didn’t have the education.

“I never wanted to feel inadequate in sharing my thoughts and opinions within a job, and I wanted to feel confident about my education,” Burgos said.

Burgos began taking courses toward an Associate in Science in Information Sciences and Technology and graduated in 2019.

“It was the most challenging part of my life I felt like I needed to conquer,” said Burgos, who is now 39. “But once I conquered it, I knew I could accomplish whatever came my way.”

The next goals for Burgos: a bachelor’s degree and then a law degree.

For Ashish Kohli, a 34-year-old 2019 Penn State World Campus graduate, it did.

When he left India for the United States at age 17, he hadn’t finished high school and wasn’t sure what the future held for him. He said Indian culture prioritizes higher education, and a college degree was always a goal for him. 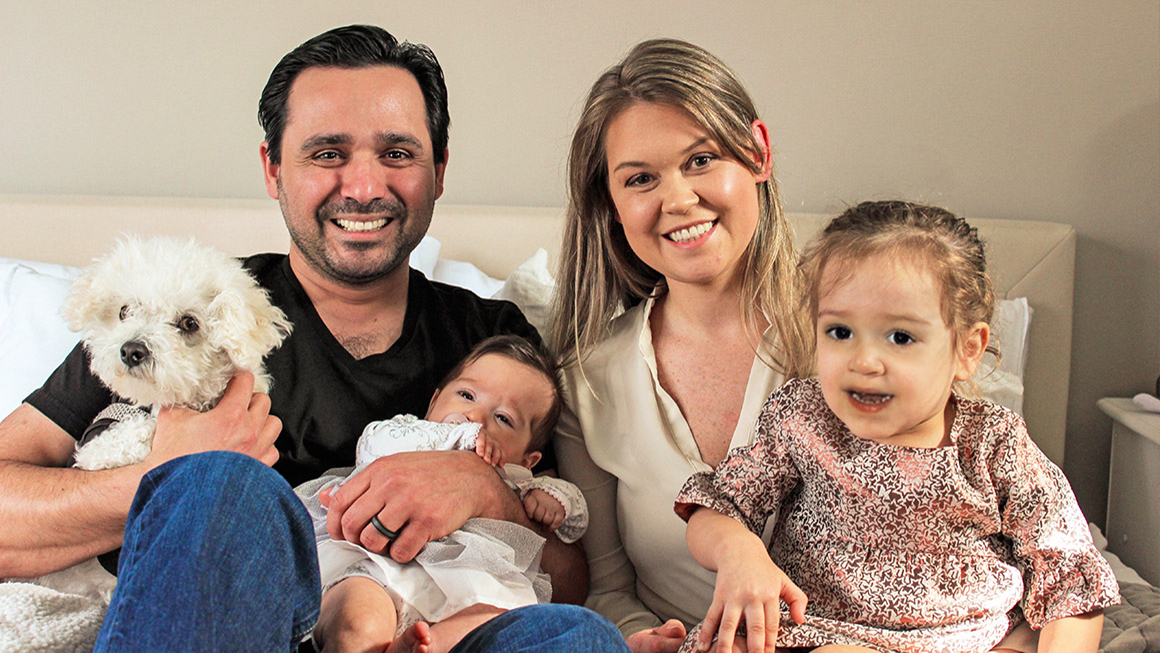 Ashish Kohli graduated in 2019 with a Bachelor of Science in Finance.

Kohli credited his wife for directing him back to his original goal after holding unfulfilling jobs. He got his GED in 2013, and then he went on to complete an associate degree at a community college in Delaware.

In 2017, he enrolled in Penn State World Campus, taking two to three courses at a time to finish his next goal, the bachelor’s degree.

He graduated in 2019 with a Bachelor of Science in Finance.

“I never thought I would be able to go to college. I was lucky enough to be accepted, and now I’m graduating,” he said in 2019.

A bachelor’s degree could be just what some need to switch into a new field. Take David Bacino.

For the past 15 years, Bacino has served as a firefighter paramedic in the suburbs of Chicago. Early in his career as a firefighter, Bacino earned an associate degree in fire science technology.

He said that when he decided to go back to school in 2019, he wanted a degree that would teach him skills that could be useful in an administrative role at the fire department or in another career.

This prompted him to enroll in the bachelor’s in finance program offered online.

“If I end up moving up the chain at the fire department and become a chief, understanding finance and accounting will be very beneficial,” said Bacino, who serves on the department’s pension board. “If I want to get a second job or when I retire, a degree in finance is useful and there's plenty of job opportunities.” 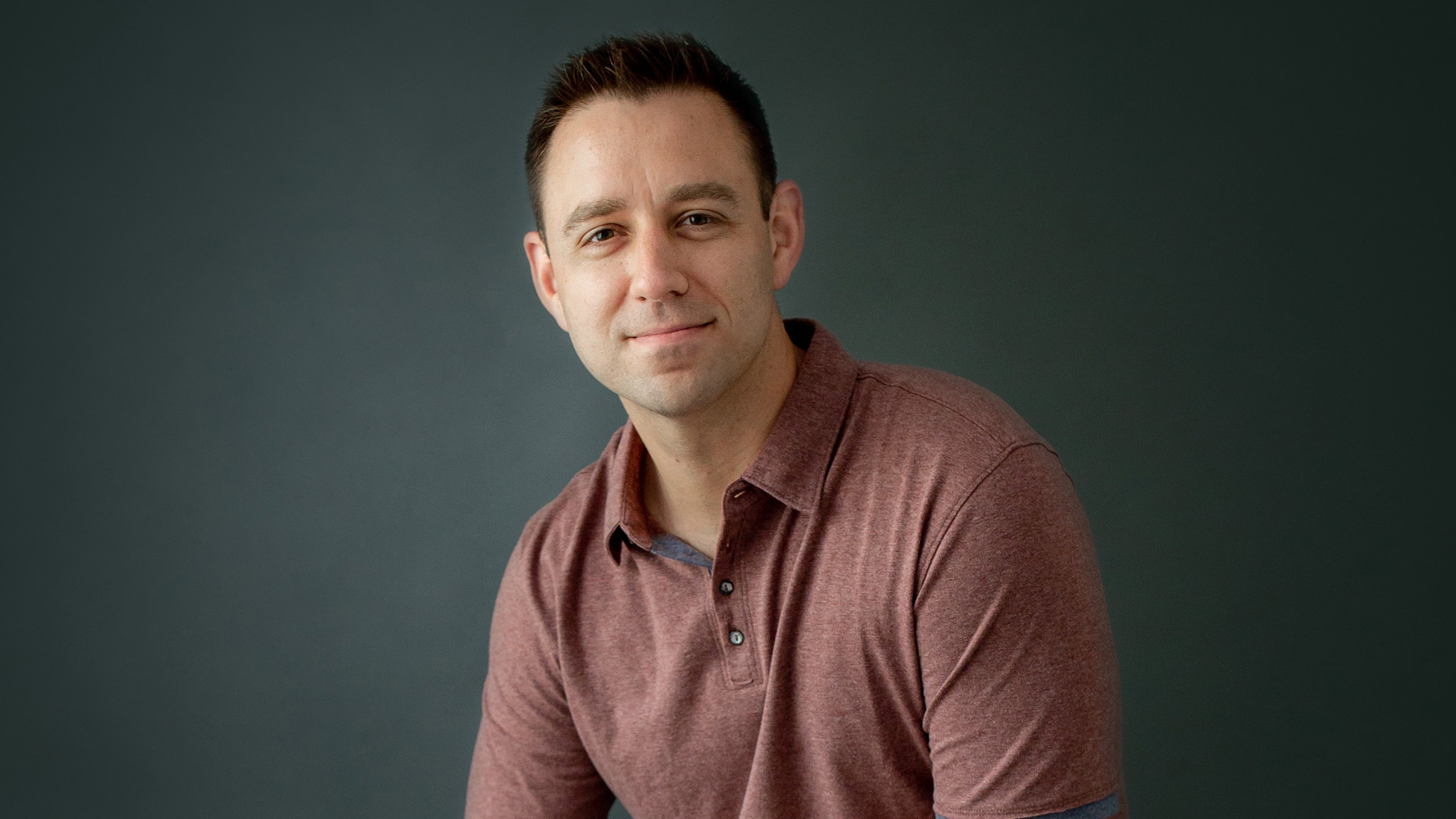 David Bacino is studying in the bachelor's in finance program.
Photo provided by David Bacino

Bacino’s time at Word Campus also gave him the skills and confidence to start his own business: Coffee Medley, an online coffee distributor that partners with small and sustainable roasters from all over the country and donates 1% of profits to charity. When creating Coffee Medley, Bacino said, he relied on various resources Penn State provides for student entrepreneurs to get his business license, write contracts and press releases, and more.

Bacino, who is now 37, expects to graduate in 2024 and said his finance degree will help him run Coffee Medley and open doors for career opportunities in the future.

When an online degree is the only option

Despite her love of learning, Rachel Azzaam said she couldn't balance commuting to her local community college, working a full-time job, and raising her growing family. She knew she needed a change.

While working at Philadelphia International Airport, Azzaam would pass an ad for Penn State World Campus every day but was hesitant to apply because of her untraditional learning history and being homeschooled. Finally, she worked up the courage to apply and was accepted two weeks later.

“It felt like a door had been opened for me, and I felt like it was possible,” said Azzaam. “All the obstacles that I had to endure for the past 10 years and held me back for 10 years are finally no longer an issue.” 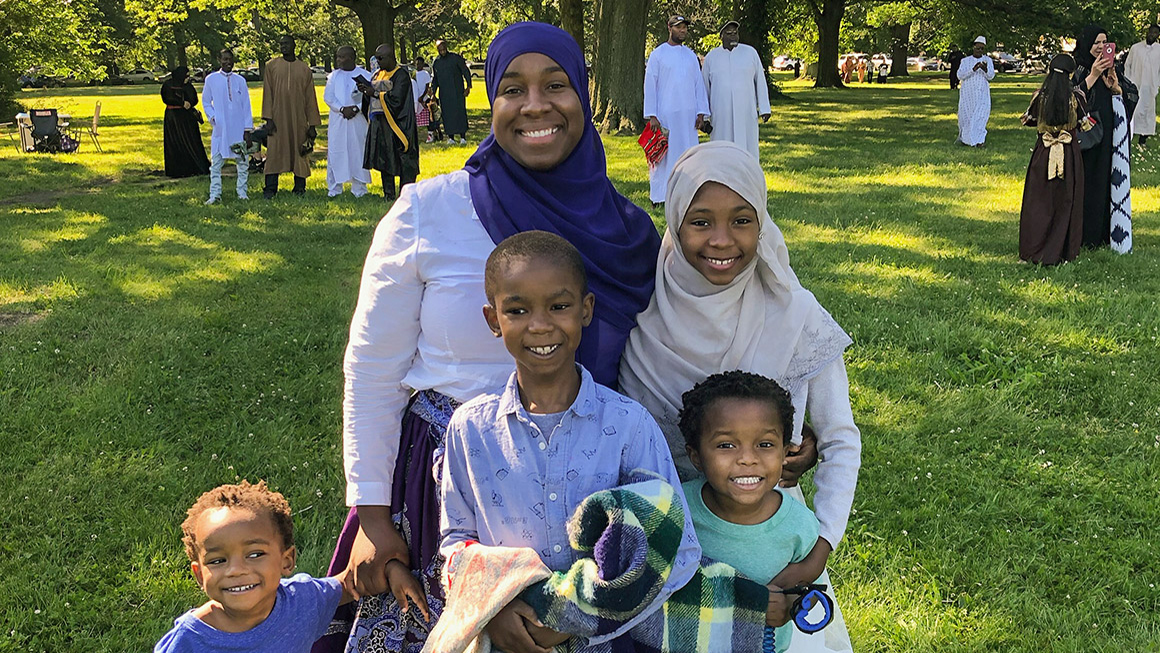 Rachael Azzaam was hesitant to apply to college because of her untraditional learning history and being homeschooled, but now she plans to graduate in 2021.

Azzaam said that no longer having to choose between her education, work, and raising her family is the best part of online learning. Connecting with other students who are also balancing their personal lives and education reminds her that she’s not alone.

Azzaam, 34, plans to graduate with a Bachelor of Arts in Strategic Communications in summer 2021 and is working on creating her own online business.

Transition out of the military

After a 22-year career in the U.S. Army, James Bacon is about to retire as a First Sergeant. Bacon serves as a military police officer and teaches law enforcement training for Army and ROTC programs, and said that going back to school expanded his career options both in and outside of the military.

In 2016, Bacon enrolled in Penn State World Campus through the Graduate Certificate in Homeland Security and the Master of Public Administration program using the Post-9/11 GI Bill® and Medal of Honor Scholarship. Bacon was planning on retiring when he completed the certificate program in 2017, but instead, Bacon said, the certificate earned him an immediate promotion. When he completed the master’s degree in 2018, he said even more doors had been opened. 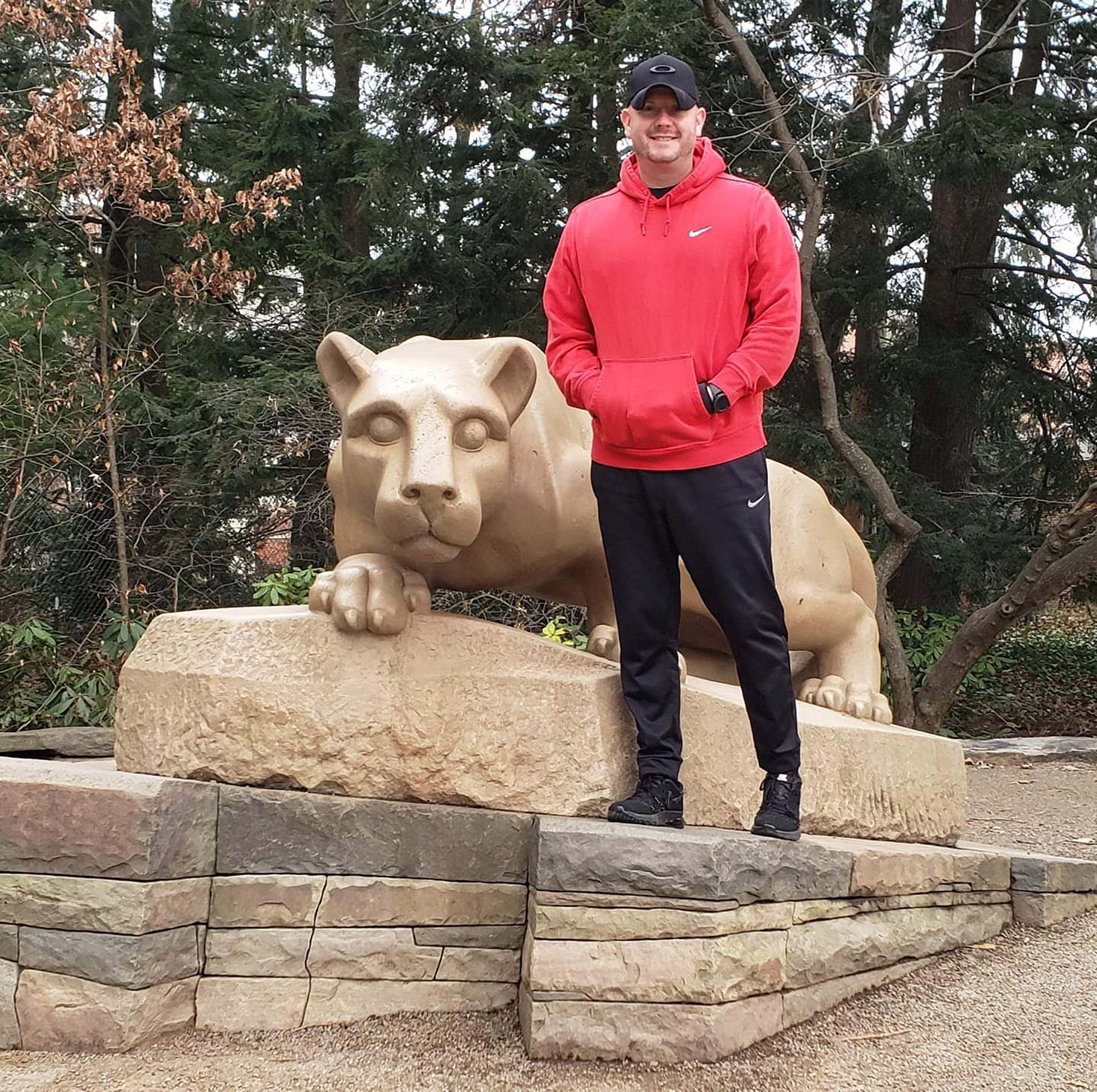 When James Bacon completed a certificate in 2017, he earned an immediate promotion. When he completed a master’s degree in 2018, he said even more doors opened.
Photo provided

Bacon, 38, is still on track to retire from the Army and has taken a job in the renewable energy sector in his home state of Arkansas. He said he’s excited about transitioning to a field he’s passionate about.

“The knowledge that I've gained from the MPA program, in nonprofit management, policy analysis, finance management, or in a wide variety of government administrations, has allowed me to be able to speak intelligently and operate in a number of sectors that I never thought I'd find myself,” said Bacon.

Finishing what they started

More than 30 million Americans have some college credits but left school before they were able to finish their degrees.

When Samantha Tuttle enrolled in Penn State World Campus, she brought with her credits she had earned from other universities. To finish her bachelor’s degree, she needed an online program, which would allow her to work full-time as the talent branding manager for a private equity real estate firm in Florida.

Tuttle started her courses in the summer of 2019 and is in the Bachelor of Design in Digital Multimedia Design program. She said she is excited to finish her degree at Penn State World Campus.

“One of the things that locked Penn State in for me was when I read that the instructors in the online programs are the same ones instructing on campus,” said Tuttle, who is 32. “From instructors to advisers to alumni, every individual I've encountered is passionate about providing a quality education paired with a superior experience.” 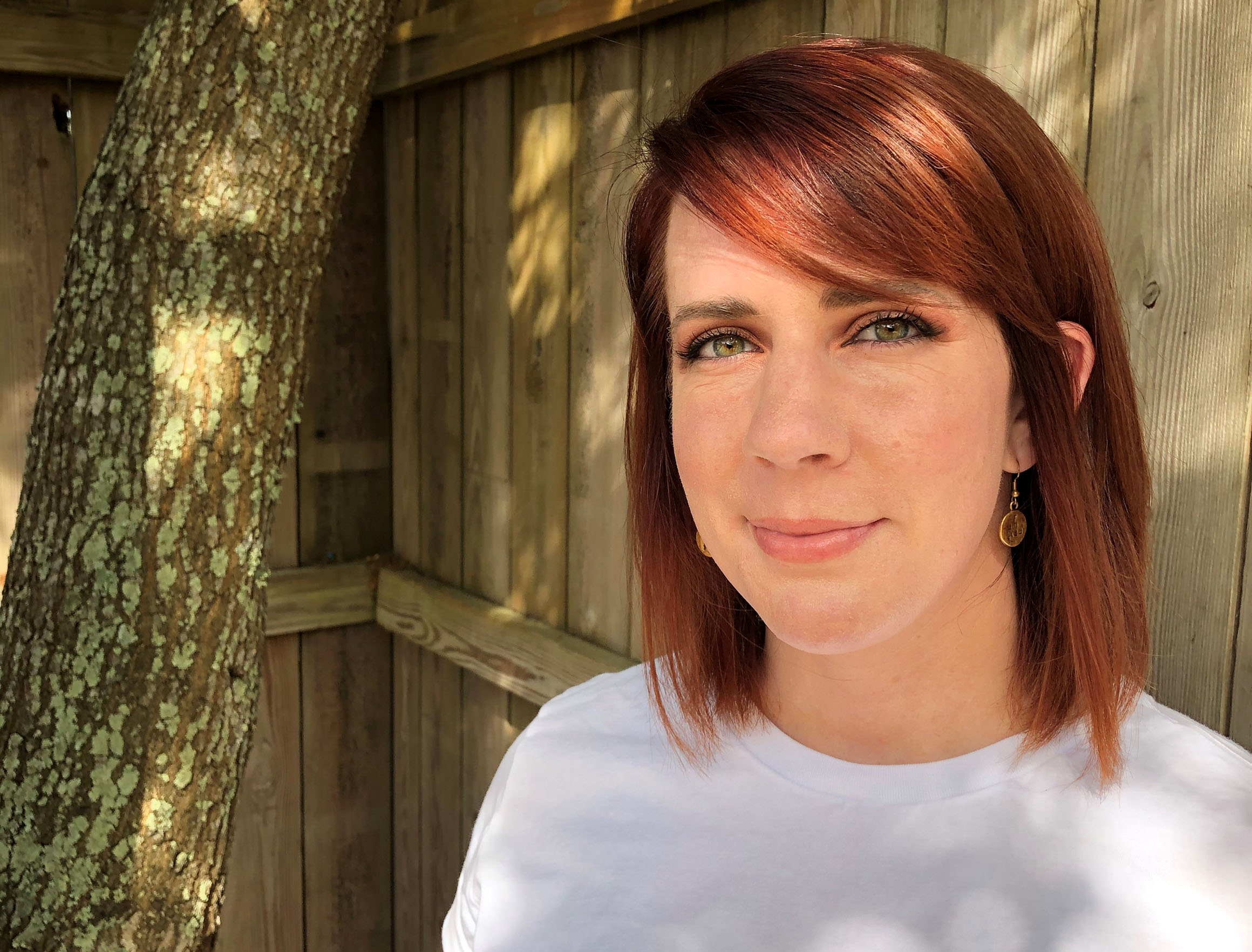 Tuttle said another benefit in returning to school in her 30s is that she had more time to figure out exactly what she wanted to study. She’s progressed in her career learning things hands on.

“Since I have the work experience, my degree will help back up that experience while providing me with an advanced understanding of my field and allow me to apply what I'm learning in my program to my current position,” Tuttle said. “I've become a stronger, more confident employee and member of my community, and finishing what I started years ago will be something I'll never regret.”

It’s not too late

While each student had different motivations that brought them back to school, they all shared the common goal of taking a step forward in their lives.

There's no question about it — it’s a big decision. Hopefully these students’ stories show that this goal is within your reach, too.

Find out more about going back to school in one of the more than 175 degree programs offered online through Penn State World Campus.

GI Bill® is a registered trademark of the U.S. Department of Veterans Affairs (VA). More information about education benefits offered by VA is available at the official U.S. government website at https://www.benefits.va.gov/gibill.