Lee Ahern, who teaches digital analytics, will speak about the issues professionals face in communicating science to the public. The webinar is October 1.
By Mike Dawson

UNIVERSITY PARK, Pa. — The COVID-19 pandemic has exacerbated the longstanding challenges that communications professionals face in relating scientific information to the public.

For instance, health information may need a substantial amount of explanation for the public to fully understand it — more than what fits in a social media post on Twitter or Facebook. Those social platforms can create their own issues for the people who see the posts.

In an upcoming webinar, two Penn State experts from the Donald P. Bellisario College of Communications will discuss how the coronavirus has worsened the challenges of crisis communications and what is at stake. The event is in collaboration with Penn State World Campus.

Registration is now open for the webinar, “Communicating Responsibly in Times of Crisis: COVID-19 and Beyond,” which is scheduled for Thursday, October 1, at 1 p.m. (ET).

The webinar will feature commentary from Lee Ahern, an associate professor of advertising and public relations. He teaches digital analytics at the graduate level for the Bellisario College of Communications at the University Park campus and in the Master of Professional Studies in Strategic Communications program offered online through Penn State World Campus.

Ahern said the nature of social media does not lend itself to accommodating complexity; consider the text limitations of 280 characters for a tweet. 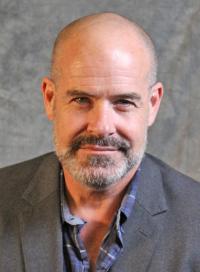 He said social media platforms use algorithms, which determine what users see based on their activities, such as commenting on posts, sharing them, liking them, or engaging with them in other ways. Over time, the algorithms may normalize seemingly extreme or one-sided views for people, he said.

“Understanding those digital platforms better and having an appreciation for how they work is going to help you better understand the nature of that problem, which is social media in an age of COVID,” said Ahern, who studies the science of science communication.

In addition, the algorithms may result in a loss of independent decision-making, Ahern said. As people become used to seeing advertisements on their Facebook feed or in their Amazon account for recommended items, they may come to think that the algorithm knows their choices better than they do.

“What are the ethical implications and social downsides to that?” he said. 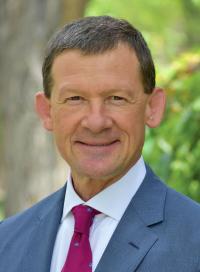 Plaisance, the moderator, said he has long been concerned with the ethical questions that arise from not only how people use social media but the way the platforms are designed.

“It is not built for true engagement,” he said. “We need to recognize that.”

Plaisance said the media also has a critical role in shaping the dissemination of health information during the pandemic. Ethically, media professionals should communicate that science takes time to arrive at answers. Science is about testing, he said.

“The media has such a critical role in helping everybody understand the realities of the risk,” Plaisance said. “We need to get it right. We need a media system — social media practitioners, marketers, journalists, PR specialists — who understand their moral obligations to the public even when it comes to persuading or making an argument.”

Ahern and Plaisance will take questions in advance. Those with questions are encouraged to include them when they register for the webinar.

The webinar will be recorded for viewing after its live broadcast.

For those interested in learning more about the online master’s in strategic communications program, Penn State World Campus will host a webinar at noon on October 15 that focuses on the program.