The Penn State World Campus homeland security master’s degree program helped alumnus Bryan Parent to combine his military intelligence training and his desire to serve others to land a job at LinkedIn.
By Susan Burlingame

Raised just outside of Boston by a working-class, single mother, Parent said there were “struggles and pain points growing up.” After graduating from Boston College High School in 2001, he considered attending Penn State for his undergraduate studies.

“When you’re 18, it’s hard to put a finger on what you want to do,” Parent said. “Penn State stood out to me as an excellent place for an education — both for its academics and for all of the extracurricular activities, from sports to clubs.”

Describing himself as an average student, Parent planned to attend Penn State Schuylkill but quickly realized it wasn’t the right fit. He was then accepted to and attended La Salle University in Philadelphia, but that wasn’t quite right either. After only a year at La Salle, Parent went back home to Boston and signed up for a simultaneous membership program through the Army National Guard, which allowed him to be part of the guard while also spending two years working toward his bachelor’s degree in political science at Boston College.

That decision would change the course of Parent’s life. He spent the next six years, from 2005 to 2011, in the U.S. Army. After being honorably discharged, Parent returned from duty “pretty banged up” with back issues and a dislocated shoulder, neither of which dampened his ambition.

“I have almost always wanted to do good for others,” Parent said of his decision to join the National Guard and the Army. He credited the teachings of the Jesuits in his high school with instilling in him a desire to serve his community and humanity.

“After I got out of the military, I wondered what I could do next,” he continued. “I kept thinking about my end goal and what I could do to keep people safe and to serve my community. I had worked in military intelligence and wanted to use that experience, but I didn’t know how.”

Penn State World Campus, he said, was the game changer. 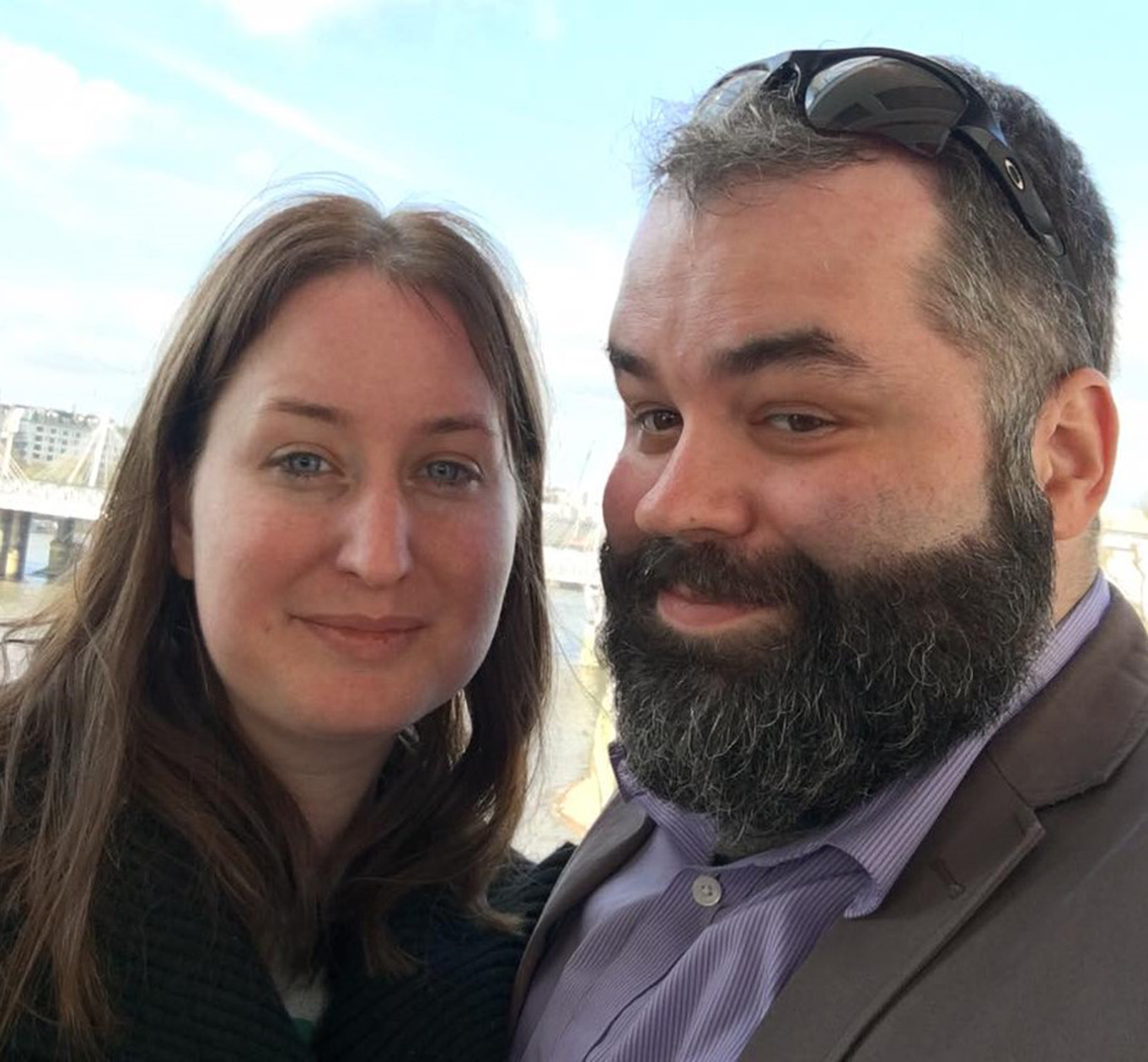 While researching his options, Parent discovered the Master of Professional Studies in Homeland Security through Penn State World Campus has a geospatial intelligence option.

He knew it was right for him.

He was especially drawn to the program’s asynchronous online learning, which gave him the flexibility to complete course work when he felt the most energetic, regardless of the time of day. Because he had moved to Los Angeles, where he met his future wife, he wasn’t interested in relocating, so online learning had tremendous appeal.

“Even before there was a global pandemic, the workforce was getting more and more global,” Parent said. “International teams are working in a virtual world, so online learning is a benefit rather than a detriment. The program was a perfect match for me.”

To be admitted to the master’s program, however, Parent first had to complete his bachelor’s degree. He earned his political science degree followed immediately by his master’s degree through World Campus. He said he enjoyed the rigor of the classes, the reading, and the different style of communicating necessary for learning and class projects in a virtual world.

“In military intelligence, you learn to pick up on nonverbal communication, facial expressions, how people hold themselves,” he said. “You don’t have that with World Campus, so you find ways to get engaged in different ways.

“Online classes actually prepare the student for what the world is going to look like,” he continued. “Post-pandemic, your teammates are going to be remote. Employers will be more likely to take the best talent, whether someone is in the Bay area, or Washington, D.C., or Wisconsin, so you learn how to work effectively, get through the struggles, figure out the pain points for that team, and then execute a project or an objective.”

After graduating in 2018, Parent held two different intelligence-related jobs before landing his current position as senior protective intelligence analyst at LinkedIn. Parent likens his job to that of members of the U.S. Secret Service; he conducts threat assessments to protect high-visibility individuals, both to protect those individuals and protect the company.

“My job is to look after the LinkedIn executive team,” he explained. “I work to make sure they are the safest they can be — not only that they ‘are’ safe but that they ‘feel’ safe in making business decisions to help the company move forward. No two days are the same, and I love what I do.”

Parent credits World Campus with helping to propel him to where he is today.

“Because of Penn State’s first-rate reputation, [World Campus] was an easy choice for me," he said. "The instructors, professors, and teaching assistants are incredibly top-notch. They are generous in sharing their time and their knowledge and in pointing you in the right direction to have success after graduation. I can’t thank Penn State enough for putting me in the position to take advantage of the luck that I’ve had.”