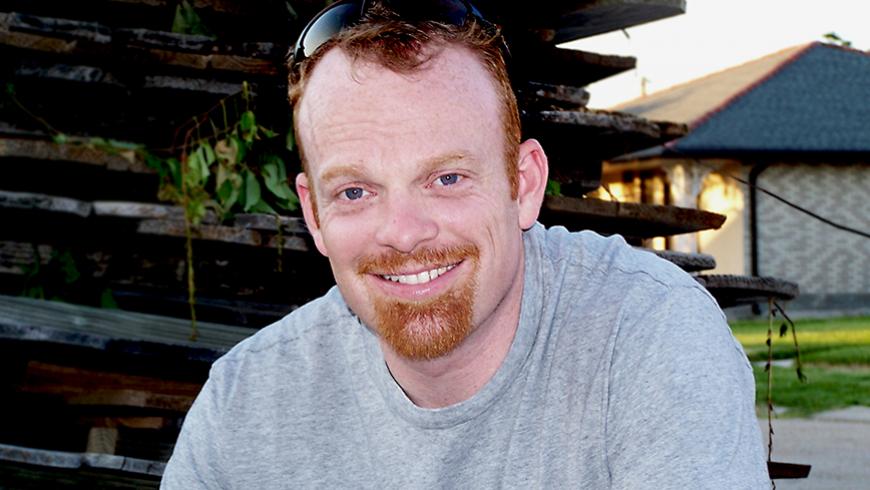 I had an immediate and critical need to use the techniques I was learning in my degree.

Hurricane relief was not on his syllabus. Andrew MacInnes never imagined he'd be applying what he learned online to a major disaster.

MacInnes was in the middle of his class, "Problem Solving with GIS," when Hurricane Katrina hit Plaquemines Parish, Louisiana, in 2005. The parish, which is located on the southernmost peninsula of Louisiana, remained flooded for more than a month after the initial storm surge.

As Coastal Zone Administrator of Plaquemines Parish, he was responsible for making sure volunteers, who were arriving from around the country, were familiar with the area and the most urgent needs. MacInnes also found that because the military rotated tours every three to four weeks, he constantly needed to update new troops on problem areas in the parish.

"I used GIS data to give a spatial sense of direction to the people who were helping us because they didn't know the neighborhoods or communities," he says. "I had an immediate and critical need to use the techniques I was learning in my degree. It was critical to have the most accurate information on staging locations, fuel depots, detour areas, and hazardous sites. I relied on maps, aerial photographs and especially GIS data."

Because he was taking Penn State classes online, MacInnes knew he could put his job first with no worries and come back to the classroom when he was ready. He even reached out to his online classmates for input and suggestions on how to solve the problems he was facing. "Many of the other students had great ideas, suggestions, and offers of help," he says. "Some of them even came down to work on the Gulf Coast for response and recovery efforts."

Although MacInnes is no longer sleeping in his office or working around the clock like he did in the months following Katrina, he, like many other adult learners, still struggled to balance his time between school, work, and family. Knowing that he had the network and support of so many other professionals in the field — literally, at his fingertips — was a benefit he never expected from distance education.