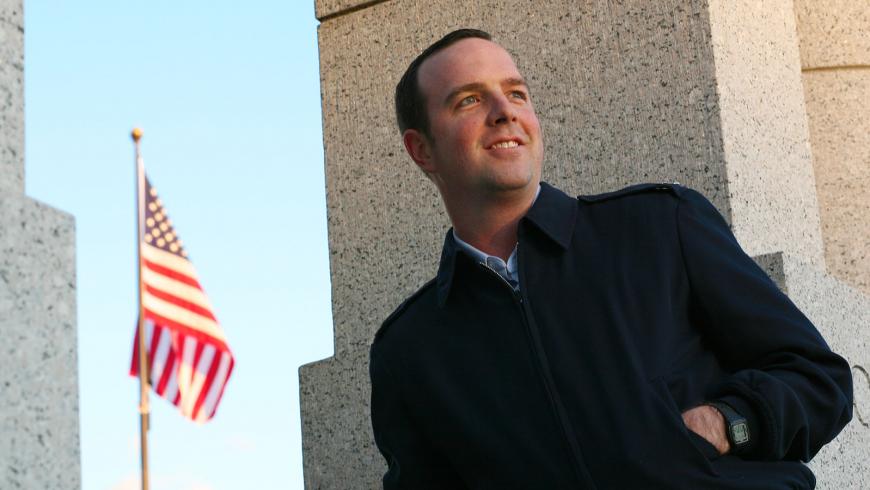 The Penn State systems engineering master's program was the perfect avenue to fulfill my own interests and to help the USAF improve its acquisition processes.

As an air force captain, a husband, and the father of a toddler, Neil realized that the best way he could pursue his goal of a master's degree in systems engineering would be to find a top-notch program online. "Systems engineering is a hot topic in the air force," Neil said, "and it's a discipline that has always made a lot of sense to me."

After looking at several programs, Neil said he chose the World Campus' master of engineering in systems engineering program because he was impressed by Penn State's reputation for excellence: "I wanted a quality education that would make a difference in my career."

The duration of the program was an added benefit. "Many of my friends and co-workers have spent 3, 4, or 5 years completing their master's degrees," Neil said. "The World Campus' 2-year schedule is more rigorous, but it has helped me to retain the material, allowing it to be leveraged more effectively throughout the program."

Neil also had the distinction of being one of the first 27 working professionals from around the United States to complete Penn State's master's degree program in systems engineering, which focuses on a holistic approach to managing complex engineering projects. Having recently taken on an assignment as an acquisition professional, Neil said that his newly acquired knowledge will benefit the air force.

Earning his master's degree was well worth the investment of time and effort, according to Neil: "The Penn State systems engineering master's program was the perfect avenue to fulfill my own interests and to help the USAF improve its acquisition processes."

Neil's advice for other service members is to continue their education and training, either by choosing an online degree program, as he did, or by selecting an on-campus program. "It's important to keep learning," he said. "I wanted a quality education that would make a difference in my career. And Penn State really sets itself apart in that regard."