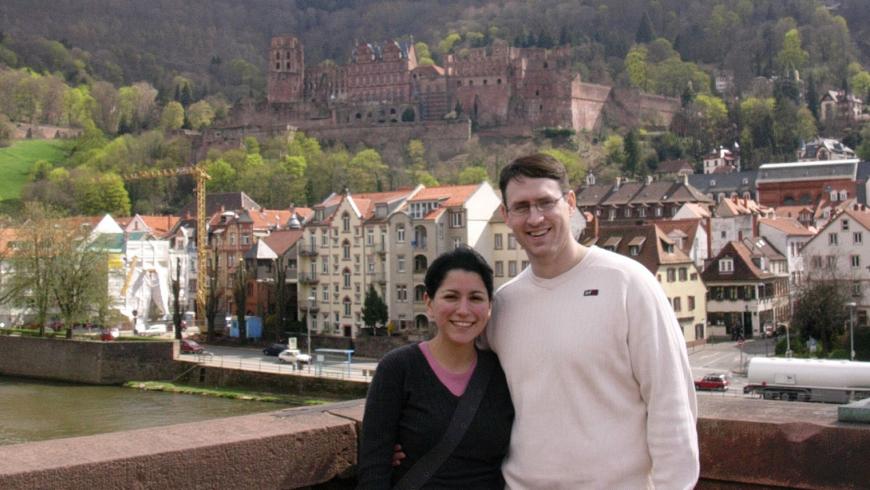 Penn State has given me the launching pad for continuing education courses needed in my profession.

Marc Maxwell, a United States Army Education guidance counselor, practiced what he preaches every day when he enrolled in the Penn State Online master's degree program in adult education. Because his job requires him to move around the world, Maxwell was never in one location long enough to earn his degree in a traditional university setting. Penn State allowed him to take classes online from as far away as Wiesbaden, Germany, while enabling him to feel as though he had a home base within the university. "Without the Penn State World Campus making learning convenient for adults in the workforce, I don't know if I would have been able to pursue my goals," he says.

Maxwell is eager to spread the word about distance education to his advisees. "I'm always telling them that they can physically relocate to other cities without ever having to leave their main campus, the World Campus," he explains. While the flexibility of Penn State Online made it easy for him to take classes from around the world, Maxwell says that one of the biggest obstacles he had to overcome was the difference in time zones. Because he was several hours ahead of his U.S. classmates while living in Germany, he says he found it difficult, at first, to do such things as participate in group meetings, but he eventually learned to adapt his schedule accordingly.

Maxwell received a promotion after completing only half of the requirements for his degree. Based on his completed course work, he says his superiors knew he had the skills necessary to handle a more demanding job. "Penn State has given me the launching pad for continuing education courses needed in my profession. It has allowed me the opportunity to physically relocate and transfer to other cities for promotion status," he says. With a degree now nearly under his belt, Maxwell is eager to continue helping soldiers work toward their educational goals. "I always tell the soldiers I serve, whether it's one or four years, if you keep plugging away, it's going to pay off."