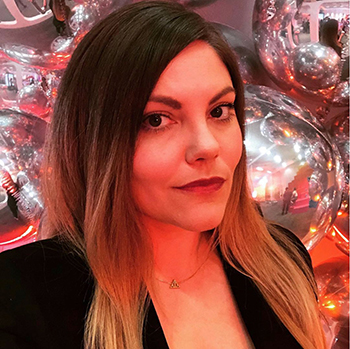 Coffey serves as marketing and communications chair for the World Campus Student Government Association (WCSGA). She said that when the task force contacted WCSGA for a representative to join, she jumped at the chance.

“It has been an extremely educational and fulfilling position so far,” said Coffey, who has a passion for climate action.

Penn State formed the Carbon Emissions Reduction Task Force to support the University’s goal to significantly reduce its greenhouse gas emissions. The task force, which includes faculty, staff, and students, will identify and evaluate strategies to reach that goal on all Penn State campuses.

Coffey said she is a part of the task force’s benchmarking subcommittee, which analyzes carbon action plans from other Big Ten universities to guide Penn State’s strategies and goals. She said the task force plans to soon extend their work to those in the Penn State community.

“We are going to need every student and faculty member on board if we are going to reach our carbon reduction goals as a university, and as a nation,” said Coffey.

Coffey, 40, will complete an undergraduate certificate in Earth sustainability in fall 2021. She plans to continue on to earn a bachelor’s degree and is considering majoring in law and society.

She said she hopes other Penn State World Campus students join University organizations and take advantage of the opportunities to connect with their peers.

“As a World Campus student, you have many resources available to you,” said Coffey. “Just because we are virtual does not mean we cannot have meaningful, impactful, and personal connections.”

Visit the Penn State World Campus student resources website for more information on how to get involved.