Check out these scenes from THON, an event that culminates the University's student body's efforts to raise money for pediatric cancer research.
By Mike Dawson

This year was the first time that Penn State World Campus had students participate in the Penn State IFC/Panhellenic Dance Marathon, or THON.

The group World Campus for THON sent three students from its executive board to participate in the 46-hour event from February 11 to 13. The group raised more than $4,000, which exceeded its goal of $3,000, that contributed toward the total amount raised, $13.7 million.

The money raised by Penn State students benefits the Four Diamonds Fund at the Penn State Health Children's Hospital. THON is a celebration of the fundraising efforts and takes place each February. 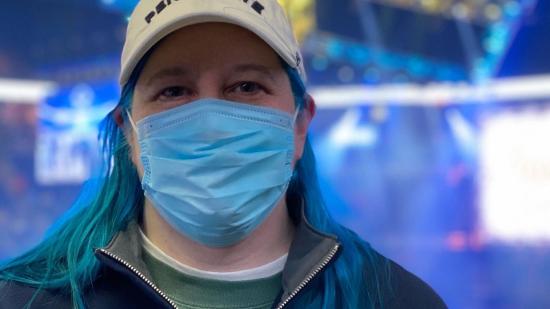 Danielle Ray is the finance chair of the World for THON group for Penn State World Campus students. She was one of the group's executive board members who attended the event for the first time.
Daniel Serfass
Open image