More than 1,300 online learners will be awarded their degrees this weekend.
By Hannah Pollock

Business owner Jennifer Zeares had just started a beard care company and planned a year’s worth of marketing and in-person sale events. But when the COVID-19 pandemic gripped the world in March 2020, the business was forced to the back burner.

“I should go back and get my degree,” Zeares recalled thinking.

Zeares had initially enrolled in college after graduating high school a year early but left when her father died in 1997.

She will receive a Bachelor of Arts in Psychology this weekend after completing her course work online through Penn State World Campus.

Zeares is one of the more than 1,300 Penn State World Campus students who will graduate during Penn State’s fall commencement ceremonies on December 17.

The fall graduates of the Penn State World Campus Class of 2022 consist of 1,376 students from 95 different programs.

Students range in age from 20 to 68 and hail from 48 states, the District of Columbia, and 20 countries. This includes 265 people with a military affiliation and 128 graduate students who have completed their second Penn State degree.

Graduates and their families are invited to attend the Fall 2022 Penn State World Campus Celebration at The Penn Stater Hotel & Conference Center. The event is Friday, December 16, from 5:30 to 8:00 p.m. (ET) and will feature two graduate speakers, Zeares and Tiffany McKenzie. 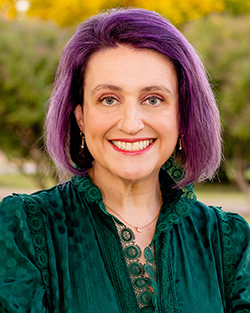 Zeares is grateful for the lifelong connections she’s made through Penn State World Campus. She participated and held leadership positions in a variety of organizations, including the Psychology Club, Active Minds, Student Engagement Committee, World Campus Student Advisory Board, and Student Ambassadors.

Zeares will travel from Texas to attend commencement and is looking forward to meeting some of her peers in person.

“If I would have gone to a different program, I really don’t think I would be going the same direction,” she said. “I don’t know if I would have found the support and also uncovered my passion.”

After graduation, Zeares plans to complete a post-baccalaureate program and apply to medical school.

“It’s never too late,” Zeares said. “It has changed the trajectory of my life completely.”

Fellow graduate speaker Tiffany McKenzie remembers a conversation with a co-worker seven years ago about wanting to do more and better herself. She said one of her biggest regrets was not completing her college degree. 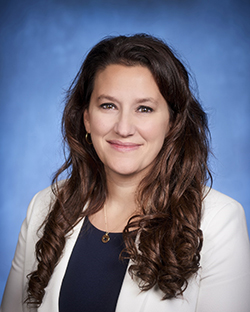 The conversation prompted her to enroll in the Bachelor of Science in Health Policy and Administration. She completed the undergraduate program, gained more confidence, and enrolled in the graduate program.

She is looking forward to achieving the milestone with the other members of her cohort. The program’s graduating students will travel to the Penn State University Park campus a week before graduation for a residency to present their capstone projects.

“I’ve enjoyed the opportunity to learn and grow with my cohort from the very beginning,” she said.

“It’s an exciting time to be in health care, and I’m eager to see what the future holds,” she said.

Congratulations to the Class of 2022 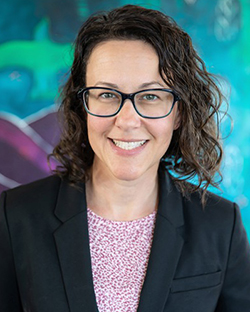 In addition to attending the Penn State World Campus Celebration, students can attend their own commencement ceremonies with fellow students from their colleges or campuses.

Carly Mojica is a Bachelor of Design in Digital Multimedia Design graduate and will serve as student marshal for the College of Arts and Architecture. Mojica began her studies in 2019, eight years after leaving a career with Verizon to be a stay-at-home mom. She is the first Penn State World Campus student to be recognized as a fall semester graduation student marshal.

“I am incredibly proud to be a part of Penn State and to have earned a degree from such a quality and reputable university,” Mojica said. “I have met so many amazing professors and students and I now have this wonderful network of people that I’ve met throughout this transformative experience.”

Brittany Anderson will represent Penn State Behrend’s Black School of Business. She will receive her Bachelor of Science in Finance during Saturday’s commencement.

Congratulations to the students who are graduating this semester, and safe travels to those who are coming to Penn State with their families and friends to attend commencement.