Monty Elam completed his degree while working full-time as director of golf at a course in Michigan.
By Hilary Appelman

William “Monty” Elam has been legally blind since an operation almost a decade ago left him without sight in either eye. But that didn’t stop him from earning a Bachelor of Science in Turfgrass Science online through Penn State World Campus.

Elam, 52, is one of the almost 14,000 students who graduated during the University’s spring 2017 commencement.

Elam chose Penn State World Campus for its flexibility and so that he wouldn’t have to rely on other people to drive him to classes at a traditional campus. Most of his classmates aren’t aware of his disability, he said, even when they do group projects together.

“All the professors have been wonderful,” he said. “They’ve been very accommodating.”

Elam completed his degree while working full-time as director of golf at a course in Ottawa Lake, Michigan, a few miles from his home in Toledo.

Every spring as the weather warms up, life at the course gets hectic just as his end-of-term course work also ramps up, Elam said.

“Things are good until April,” he said. “Then it gets tough, with finals coming up and projects due and the golf course starting to get busy.”

Elam usually does his course work at night and early in the morning. 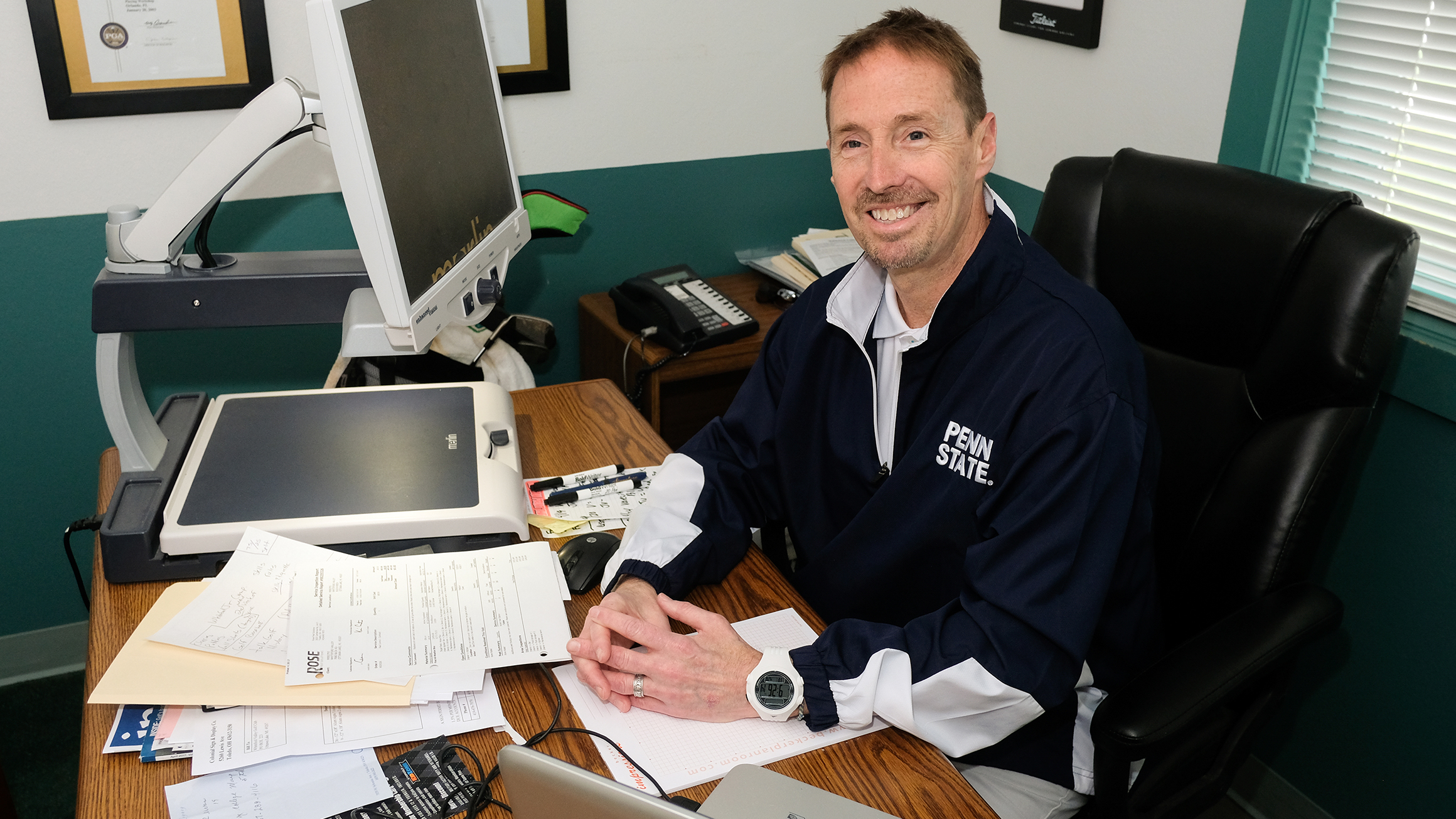 Monty Elam is legally blind, but that did not stop him from earning his bachelor's degree.
Jeremy Wadsworth

Elam regained some vision in his left eye after the 2008 operation, but he compared his vision to holding “a paper towel tube over your eye, with a piece of tissue paper over it.”

He uses his computer to enlarge text when he reads and has a document reader that reads out loud to him. He also has a monitor that allows him to view enlarged paper documents.

Elam received extra time on exams because it takes him longer to read questions. Terry Watson, the disability services coordinator for World Campus, helps Elam get electronic versions of his course books so that he can enlarge the print or have the computer read them to him.

Elam plans to start the Master of Professional Studies in Turfgrass Management in the fall. His ultimate goal is to teach agronomy and turfgrass management after he retires.