Alumni receive awards for their service and mastery of resilience

The annual Outstanding Alumni Award recipients have been announced.
By Christie Black

UNIVERSITY PARK, Pa. — Each year the Penn State World Campus Outstanding Alumni Awards recognize the success of alumni as leaders in their field and the impact they have on society and their profession. The attributes of this year's recipients include a career in service by securing the homeland and inspiring others by overcoming the odds.

Wackerman graduated in 2016 with a Master of Professional Studies in Homeland Security, which is offered online by Penn State Harrisburg School of Public Affairs through Penn State World Campus. 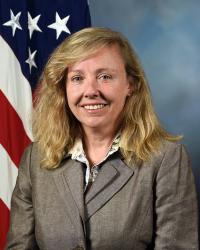 She earned her bachelor's in aerospace science from Metropolitan State College in Denver, Colorado, and was designated a naval aviator in 1987. She has more than 30 years of experience in the U.S. Navy, in both active-duty and reserve capacities.

“While serving as the first commander of the Navy Emergency Preparedness Liaison Officer Program (NEPLO) in all 50 states and territories while advising senior leaders of the U. S. Navy, sister services, Combatant Commands, Joint Chiefs of Staff, and in the Office of the Secretary of Defense in matters of Defense Support of Civil Authorities, and as a pilot for American Airlines, we provided information to the U.S. Department of Homeland Security about where we saw vulnerabilities in our transportation security system that could create a place for terrorists to strike and accomplish their mission,” Wackerman said.

“The Penn State program was very useful and practical in my everyday life for both the U.S. Navy and airlines. It provided me with a solid foundation of policy, principals, and practicality. It also allowed me the opportunity to continue working while learning and growing as a leader.”

Wackerman continues to advise the U.S. Navy and the NEPLO as a senior mentor and is the Navy representative on the Reserve Forces Policy Board for the secretary of defense in Washington, D.C.

“Linda’s stellar accomplishments and long-serving service to our nation in the U.S. Navy rising to rank of rear admiral, along with her career as an international pilot with American Airlines, give us great pride,” Engel said. “Noteworthy is her commitment to helping others to see pathways and their own potential for success.” 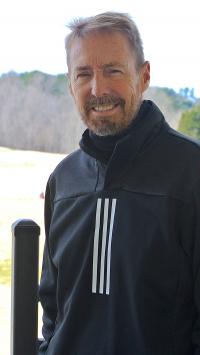 Elam earned both degrees while working full-time. He is director of golf at River Ridge Golf Club in Raleigh, North Carolina.

Elam also earned a degree in finance from the University of Toledo and is the 2018 recipient of the PGA Deacon Palmer Award. Elam has been legally blind for the past decade, but it has not stopped him from achieving his goals.

“My experience was great. All of my classes were very interesting, and being able to work on my assignments when I had time within my busy work schedule was a tremendous asset to me in earning my diplomas,” Elam said. “There is nothing I cannot do, but having a visual impairment does have some limitations. The biggest hurdle was not for me, but for other people.

"Most employers felt I could not do the job because of my disability, especially in my line of work. Some things, like reading, do take a little extra time, and not being able to drive does have its setbacks. But every day I manage to make it work perfectly.”

Engel said Elam, like Wackerman, is a tremendous example of persistence in achieving goals, both professionally and academically.

“Monty’s accomplishments and achievements are certainly worthy of our recognition,” Engel said. “Blending his educational background and making incredible adjustments due to life-altering events are both admirable and inspirational. Of note is the additional commitment that he has made to contribute so richly to his community.”

Your Guide to Academic Success

Learn More about Your Guide to Academic Success View All Events