UNIVERSITY PARK, Pa. — As a senior producer, writer, and documentary filmmaker at WPSU Penn State — a public media station serving central Pennsylvania — Lindsey Whissel Fenton sought to find ways to grow the impact that her various projects could have.

Because education is one of the pillars of the public media mission, Fenton said, she pursued and accomplished a master’s degree in learning, design, and technology (LDT), which was offered online through Penn State World Campus and taught by faculty from the College of Education’s Department of Learning and Performance Systems.

“My reason for pursuing a degree in LDT was to apply what I learned to my work at WPSU,” Fenton said. “I love my job and didn’t aspire to change careers and become an instructional designer. One of the things that makes public media unique is that we don’t just make television or radio, we identify topics that have potential for learning across multiple platforms like video, the web, social media, and outreach events. We think strategically about the best platforms and techniques to use in the service of reaching and educating our audience.” 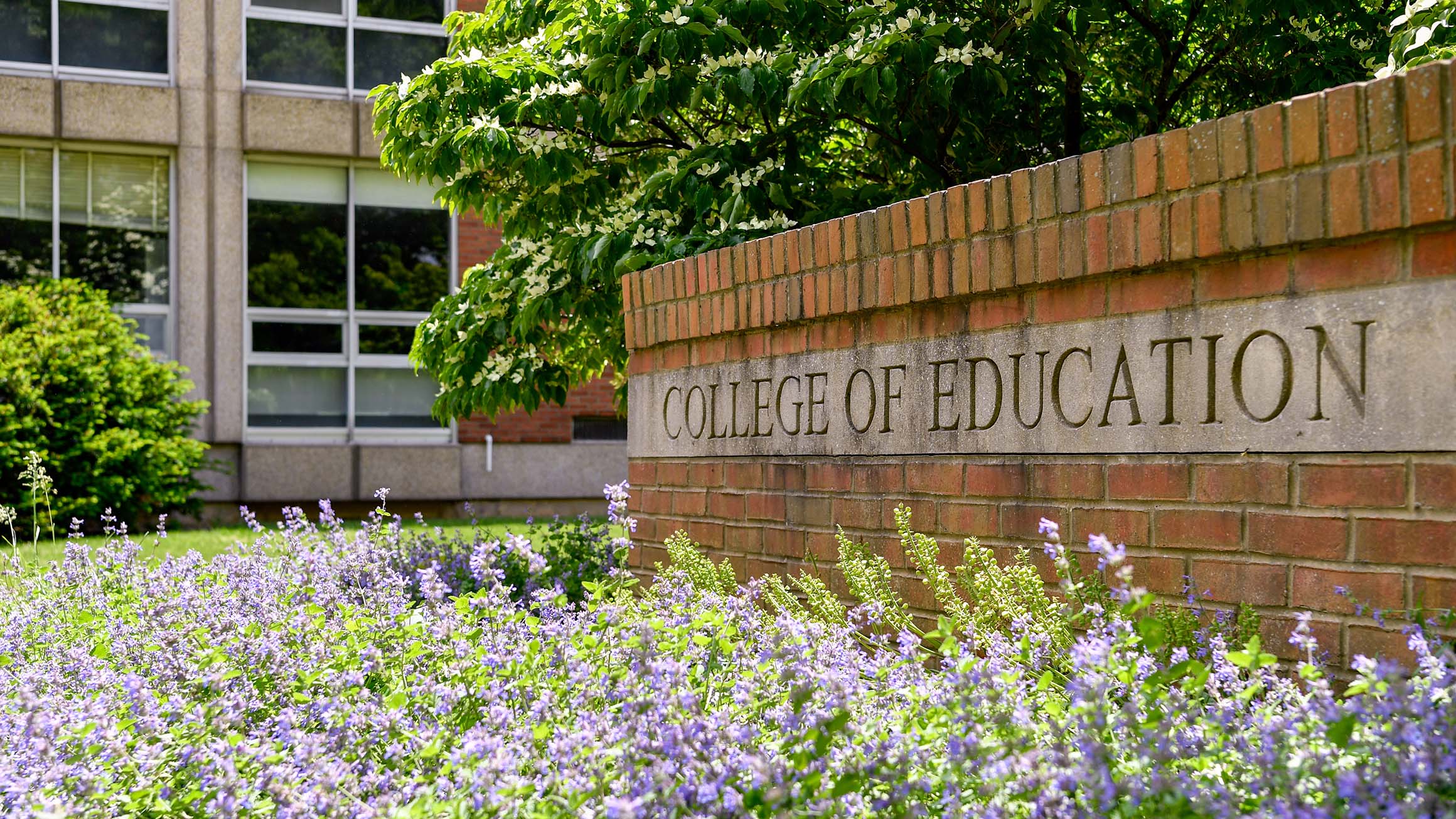 She said the degree taught her that you start with the end — the assessment.

“That understanding is directly applicable to my work. Of course, I’ve always thought about the goals of my projects, but the LDT program gave me tools and processes for clarifying learning outcomes, which in turn influences how I approach reaching those outcomes,” Fenton said.

“On a more philosophical level, my experience in the program reinforced the value of diverse perspectives," she added. "My classmates had careers ranging from K–12 education to military training. It was fascinating to see how these different professional backgrounds shaped the way people processed the course material. These differences enriched our discussions and our experience as learners.”

Fenton’s recent productions at WPSU include “A Time to Heal,” a documentary that presents the memories and perspectives of Pennsylvanians who fought in the Vietnam War or had family members who were involved, and “Speaking Grief,” an initiative designed to create a society of grief awareness.

Fenton, who started to hone her skills as a storyteller as a video production student with a journalism minor at Point Park University in Pittsburgh, said she’s drawn to stories and topics that have the ability to help people understand each other better.

“There’s so much of the human experience that we share, but it gets lost in divisiveness,” she said.

Fenton traveled across Pennsylvania to interview people about their experiences with the Vietnam War for “A Time to Heal.” The project was underway when she became involved to co-produce and direct.

“That project was a unique experience because (now-retired colleague Frank Christopher) had been heavily involved in the anti-war effort and had a lot of strong feelings about the topic, whereas I was learning about a lot of it for the first time,” Fenton said. “It’s crazy to think how little most of us learn about such a crucial period in our history.”

She said “Speaking Grief” was a project that began years ago when another now-retired colleague, Patty Satalia, proposed the idea of doing a program on grieving the loss of a child.

“In the public media world, it can take a little while for ideas to gain traction and, more importantly, funding. So, the idea sort of moved along in fits and starts, and eventually, I became the lead on the project and, working with our team, decided that we should expand the focus to explore grief more broadly,” Fenton explained.

She said if there was any bright side to the coronavirus pandemic, it’s that it is starting to bring grief out of the shadows.

“That’s so important because the isolation that grieving people face can be devastating,” Fenton said. “COVID-19 has brought with it a million different kinds of grief — everything from the obvious death-related grief to job loss to the grief we feel around loss of routine. These types of loss and grief might be different, but they are all valid.

“I think we’re beginning to recognize how often we grieve and how much pain everyone around us is carrying. There is a growing awareness that being human can be really hard, and for an appreciation for kindness, compassion, and community.”

In "Speaking Grief," Fenton welcomed the opportunity for storytelling.

“There is something sacred about someone sharing their story with you, and I take the responsibility of that trust seriously,” she said. “You form these unique bonds with people you interview, and it’s weird because often you don’t see them again, but there are these moments of real human connection that are magic.”

But it was even more than that for Fenton.

“One thing my work on 'Speaking Grief' has solidified for me is an appreciation for how healing sharing your story can be,” she said. “This is something people I interviewed expressed and is also something we’ve seen in feedback to the project. When people reach out to let us know how they felt about the film, they often share a piece of their grief story with us. I think that speaks to the need we all have to connect and be heard.”

The “Speaking Grief” documentary, which premiered in May, has aired or been scheduled on more than 80% of U.S. public television stations to date, said Fenton, who added that a July online premiere event had about 40,000 total views, 7,000 engagements, and 998 shares on Facebook.

Fenton also emphasized that “Speaking Grief” was an initiative and not just a documentary.

“There’s the film, but also the website, social media presence, and educational events,” she said. The website (speakinggrief.org) will house more than 600 unique video clips along with text- and graphic-based instructional content. Fenton also had to embark on her own learning prior to production.

“The most crucial part of that learning was the time I spent talking to grieving people about their experiences. These conversations (close to 70) were the cornerstone of this initiative because they shed light on the key themes we needed to explore. Grief is unique to each person and each loss, but there are some commonalities.”

Fenton, who earned a Mid-Atlantic Emmy Award for a television program titled “You Can’t Say That,” earned her master’s degree while working full-time at WPSU and began working on “Speaking Grief” during the final year of that program.

“I ended up using 'Speaking Grief' as the basis for some of my course work, which gave me a chance to brainstorm and work through ideas,” she said.

She also was the recipient of the Edward L. and Dessa B. Keller Memorial Scholarship during one of her semesters in the LDT program.

“Aside from the obvious financial benefit, being awarded this scholarship had a big impact on how I viewed myself as a learner,” Fenton said.

“At the start of the LDT program, I felt like a bit of an outsider because I didn’t have a background in education and had to work to keep up with my classmates who did. There were times I even questioned if I belonged in the program," she said. "The Keller scholarship changed that for me. I felt validated and began to recognize that my background as a filmmaker was an asset to my course work because it allowed me to bring a different perspective to discussions and projects. I am grateful to the Kellers.”