“I have the mentality that I’m capable of anything, but sometimes you need to have that piece of paper to show other people what you can do.”
By Meredith Herndon

UNIVERSITY PARK, Pa. – Julie Brubaker’s path to earning her bachelor’s degree had its ups and downs, but the Penn State World Campus graduate said she’s proud of all that she’s accomplished as a military spouse and working mother of three children.

Brubaker said she’s always loved learning, but due to financial constraints and “life getting in the way,” completing her degree was always put on hold. Finally, in 2013, Brubaker had a wake-up call that she needed to finally finish her education.

“I realized that I couldn’t wait until my kids are 20 and out on their own,” said Brubaker. “I needed to do it now.”

At the time, Brubaker’s family was living in Fort Lewis, Washington, where her husband was stationed in the Army, so Brubaker enrolled in a local institution. She received her associate degree in accounting in 2015, and the day after her graduation, the family moved to Fort Hood, Texas.

Brubaker said she struggled to find a job with only her associate degree. With the support of her husband and children, Brubaker decided to go back to school to pursue her bachelor’s degree in finance.

“I have the mentality that I’m capable of anything,” said Brubaker. “But sometimes you need to have that piece of paper to show other people what you can do.” 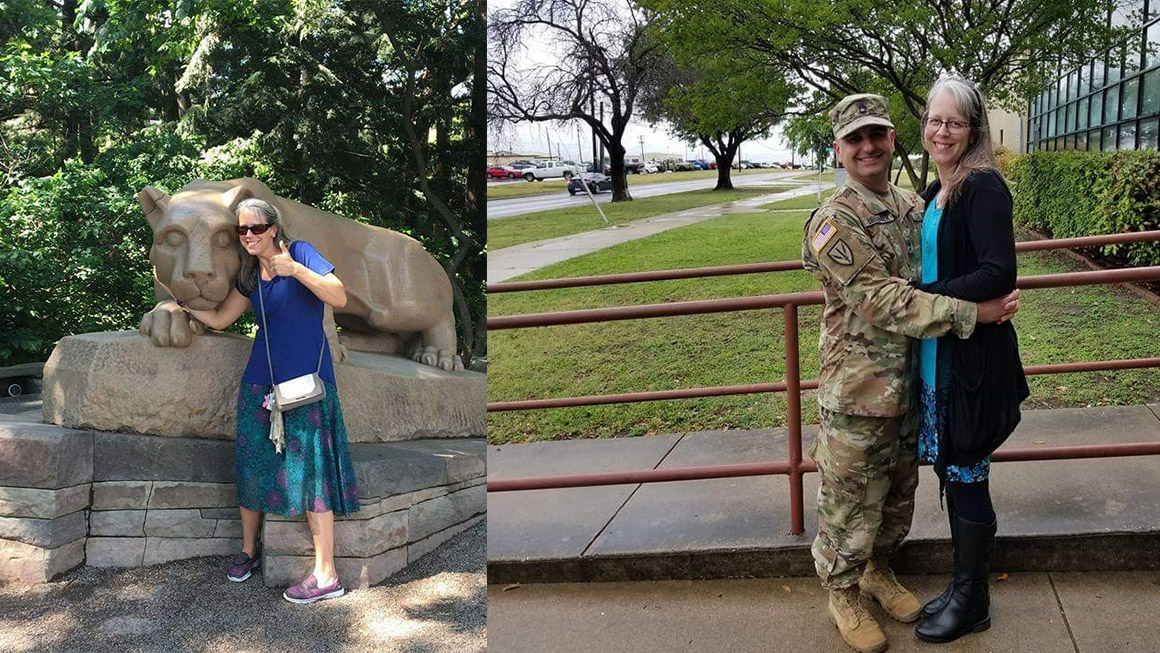 The appearance of U.S. Department of Defense (DoD) visual information does not imply or constitute DoD endorsement. On the left, Julie Brubaker at the Nittany Lion Shrine. On the right, Julie Brubaker with her husband after he returned from deployment.
Julie Brubaker

As a military spouse, Brubaker knew that her husband could get a permanent change of station, meaning her family would have to move. When she began researching where to pursue her bachelor’s degree, Brubaker said she knew she needed a reliable online program from a reputable institution.

Brubaker grew up in Lancaster County, Pennsylvania, and always dreamed of going to Penn State but never had the opportunity.

One day while scrolling through Facebook, Brubaker saw an ad for Penn State World Campus and knew it was her chance. Due to her military affiliation, Brubaker received grant-in-aid, making her decision to join the Penn State community easy.

“I wanted to complete something I felt proud of; I wanted to feel that I accomplished something,” said Brubaker. “So, I thought, ‘let's go get this done.’”

Brubaker began her Penn State World Campus classes in summer 2016 and was able to balance school work, her job as an elementary tutor for at-risk children, and caring for her own family.

But in February 2017, Brubaker’s husband was deployed to Kuwait for 10 months.

“That was the worst year of my life; going to school and working full-time with three children, all while my husband was deployed,” said Brubaker. “I never want to do that again.”

During those stressful and overwhelming months, Brubaker said, her children were what got her through.

“I don't think I would have been able to do it if my kids weren’t strong and resilient like military kids are,” said Brubaker. “They were used to the constant change and began stepping up because they knew I was alone at that time.”

A few months after her husband’s return, the family moved to Fort Knox, Kentucky, in 2018. Once in Kentucky, Brubaker decided to take a break from working so she could focus on finishing her degree. By taking six courses each semester, Brubaker was able to graduate in the fall 2019 semester. 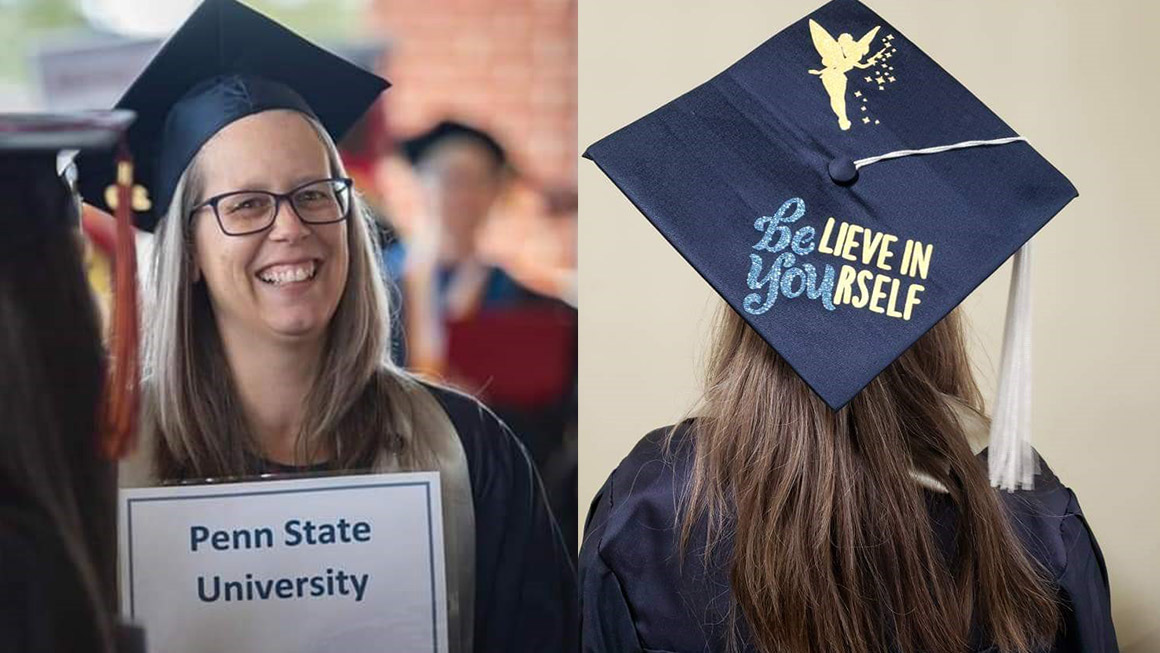 After her graduation, Brubaker began working as a substitute chemistry teacher at the Department of Defense Education Activity (DoDEA) high school at Fort Knox. Her teaching experience has since prompted Brubaker to pursue a teaching certificate so she can use her Penn State degree to teach finance math.

Brubaker said that despite the struggles she encountered, she’s thankful for her time at Penn State World Campus and the doors that her degree will open.

“It took a lot, but I know that I earned my degree,” said Brubaker. “I have so much pride in it because I know how hard I worked.”