Your Guide to Academic Success Webinar

Associate in Science in Information Sciences and Technology 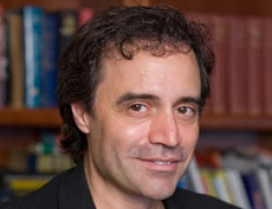 I am only able to do this via the fantastic distance education program offered by Penn State. All of my professors at Penn State are professional, motivated, and full of insight.

Gerard de Marigny dropped out of high school, finally earning his diploma when he was 42 — and married with four children. The principal of his former high school, St. Francis Prep in Queens, New York, acknowledged his achievement by placing the school's seal on Gerard's diploma and making him a full-fledged alumnus of the class of 1981.

Receiving his GED motivated Gerard to pursue an associate degree in information sciences and technology (IST) through Penn State World Campus. His brother, Peter, no stranger to distance learning, had earned bachelor's and master's degrees, and he encouraged Gerard to further his education. Peter also told him about the challenges that confront adult students — balancing full-time employment with marriage and raising a family while attending college. However, as Gerard said, "After a while, it becomes just another part of your life. Penn State's excellent distance education online portal, Angel, makes it all so easy."

"I am only able to do this via the fantastic distance education program offered by Penn State. All of my professors at Penn State are professional, motivated, and full of insight."

Gerard's experience, in turn, inspired his wife to complete her associate degree. She has also decided to pursue a bachelor's degree in organizational leadership through World Campus.

Gerard uses the experience he gained through the IST program on a daily basis while home schooling his sons and working on his website. And with his degree in organizational leadership from Penn State World Campus, he said, "I'll be able to expand my consulting business and provide even better services for my clients."